Stewart Geddes is Vice Chair of the Board of Trustees and an RWA Academician. He studied at Bristol Polytechnic under Alfred Stockham before going on to the RCA. His work is in numerous public collections and he has shown widely in the UK and abroad. He works at BV Studios in Bristol.

SG: I always work on a group of paintings concurrently. I typically have about half a dozen paintings on the go at any one time. I have to allow gestation periods and put paintings to one side to allow surprising outcomes to emerge. Currently I’m working on some larger works – about 4 to 5 feet long and around 3 to 4 feet tall. I’ve just got a feeling at the moment that I want to work more physically with paint. Sometimes it is the complete opposite and it’s about something much more intimate and quiet. At the moment, though, I’m feeling more expansive.

SG: The work is embedded in experience of the urban landscape. In the tradition of Picasso – of not seeking, but finding – I walk around a city and things suddenly rear their head at me. It might be a drainhole cover, it might be the combination of colours in a series of houses, or the surface of the pavement. It’s usually something fairly mundane. If I’m looking down at a pavement or at the façade of a building, it’s almost like I’m looking at the surface of a painting. Particular colour combinations that I extract as I’m looking around can be important, but also surface, edges – where one thing ends and another begins.

I think the current language formed itself primarily in London several years ago. There has been an incremental shift in the work since being in Bristol. Bristol itself is a demarcation between the urban and the marine and the pastoral. Because of that, I think slightly more forgiving properties are creeping in to the work.

I mainly record my ideas through photography and sometimes brief note-taking. It’s not a matter of copying but using notes as a trigger. Even if a painting starts off being quite closely related to something I have seen, there is a point when the painting has to become separated from that ‘trigger’ and negotiated on its own terms. I’m not trying to copy something, I’m trying to translate something. If you copy, you don’t get a perspective on it. By displacing it, you get a new insight into the original.

Recently I have been adopting a shuttering technique that you use when you pour concrete. I G-clamp bars of wood to a surface and then spread out a large quantity of paint and pull it with a sort of squeegee. Sometimes the paint might have something like marble dust in it to give a gritty surface. I am very mindful of not mimicking something, but running a process in parallel to something.

SG: It used to mean a fusty old institution whose relevance was in question. It had been through all sorts of trauma – during the Second World War it had been taken over by American troops, and then the tax office had it for another ten years or so. When it was reluctantly returned to the artists, they were living hand to mouth, trying to survive. It seemed to me that it wasn’t as vibrant as it had once been. There was, however, a constituency within the RWA (people like Alfred Stockham and Derek Balmer) who were trying to address that. So they invited me in and I became an RWA in 1996. I felt it would be fantastic to see it become important again.

I have become part of a community of artists which I find very interesting. I don’t agree with everything and I’m sure people don’t always agree with me, but things are only healthy when you have a debate – you’re in trouble when you think you’ve got it sorted. I’m delighted to be part of that debate.

SG: To paint. To do what I do. On a purely personal level, it’s to carry on. I find this the most fascinating of activities. I love teaching but if I’m not in here enough I get anxious and actually feel that I lose something that I could bring to the table, in terms of art school teaching. In terms of potential projects at the RWA, I’m very interested in exhibitions that look at post war British, modernist painting and the contemporary situation.

SG: At the moment it’s the West Ham forward Dimitri Payet because he is the most fantastic footballer and for one of the few times in my life, West Ham are hugely successful. He is making me fantastically happy! In an artistic sense, it’s really unoriginal but someone like Piero Della Francesca. To make painting of that curiosity, luminosity and timelessness, I think that’s an extraordinary achievement. I don’t know much about him – I don’t know if anyone knows much about him – but for me that makes it all the more powerful, because it’s not an egotistic thing. The person disappears and we are left with the work, and I find the work so extraordinary.

SG: Alf Stockham said to me as a student “Make your work a joy of study”. I also remember him saying, “Anonymity – that’s what you want, because then you’re free to make the work that you want to make.”

RWA: If you weren’t an artist, what would you be?

SG: A 19-teens Matisse or a Vermeer. I like The View of Delft.

RWA: What other jobs have you done?

SG: Nothing too dubious! One of the jobs I always remember having done, because my knees remind me on a daily basis, is that I used to clean antique carpets. I was in my early twenties and I remember that we were on our hands and knees, scrubbing Persian rugs. An older guy who worked there told me to be careful of my knees, but you think you’re indestructible at that age. I wished I’d heeded his advice. I remember wading around in my welly boots, pushing biotex into this rug with a roller, and the next week it was in the Ashmolean Museum with a ‘do not touch’ sign hanging on it!

RWA: How do you see the future of RWA?

SG: I’d like it to be seriously regarded for the contribution it makes: to be respected for the intelligence and visual richness of its exhibitions. 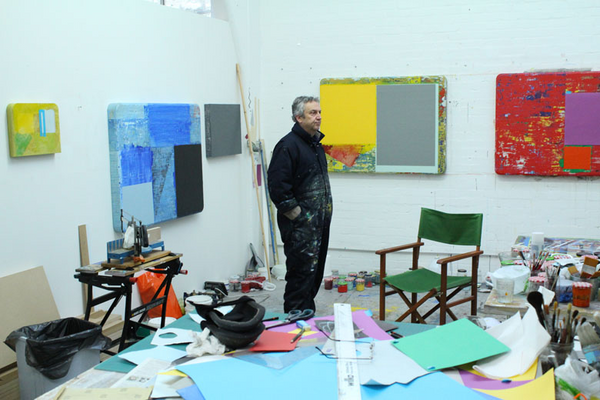 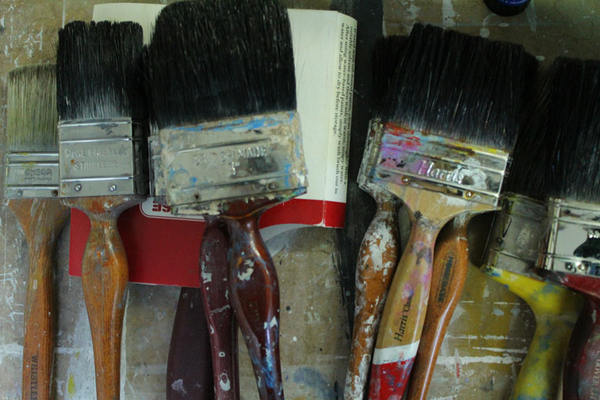 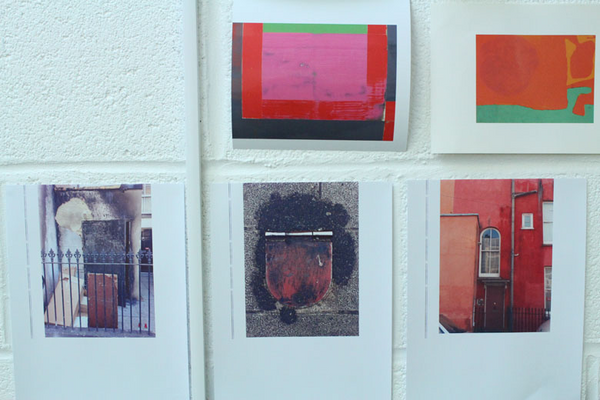 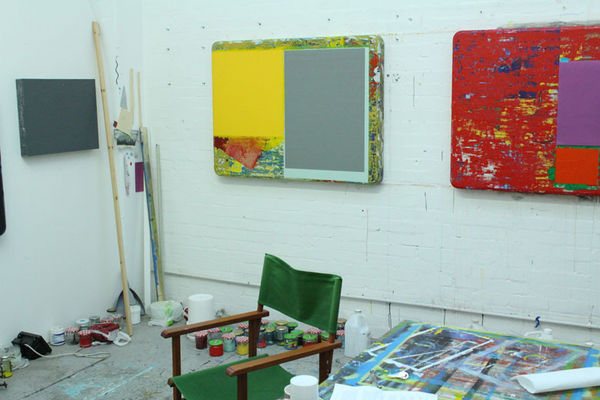 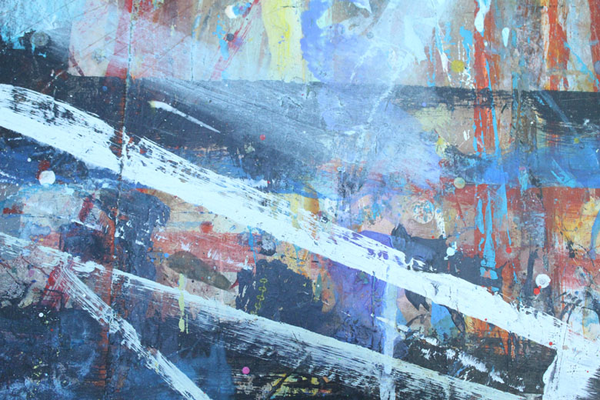 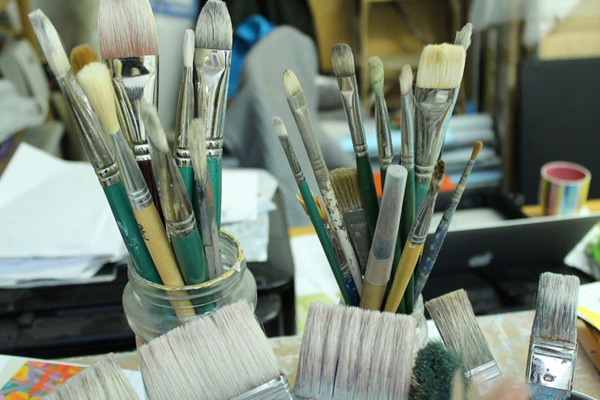 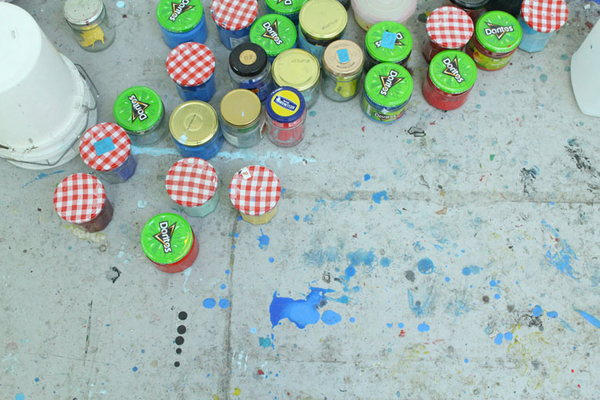 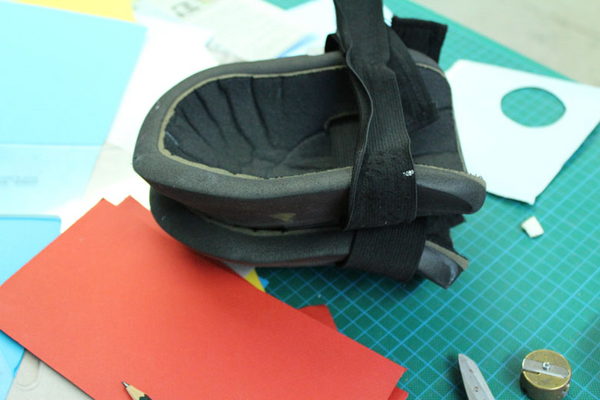