Elected as Royal Academician in 1982, Sonia went on to achieve further recognition for her work including awards from the Eastern Arts Drawing Prize, the Lorne Award and later in 1985 when she was elected as a member of the Royal Watercolour Society. Sonia was elected as an Honorary RWA in 2005.
Throughout her career Sonia has also been given several commissions including one for the University Centre in Birmingham and the Imperial War Museum in London. In 1989, she was commissioned by Lambeth Palace for a work presented by the Archbishop of Canterbury to Pope John Paul II, which is now in the Vatican Collection, Rome. Sonia has also illustrated several books and short stories.

As well as numerous solo exhibitions nationwide, her work can also be found in public collections in Belfast, London, Germany, Australia, USA and London, to name a few. 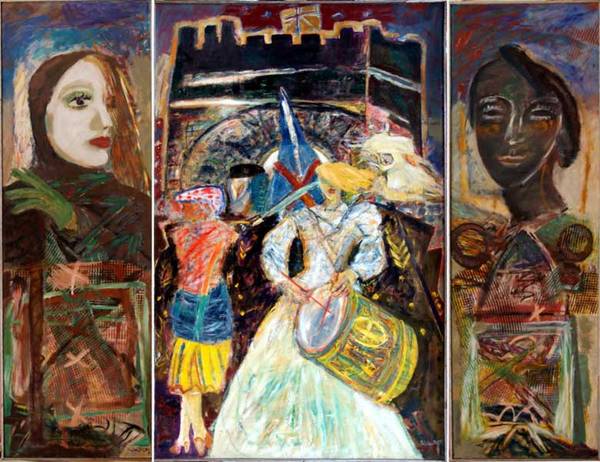