P.J. Crook's paintings depict people interacting with one another, often in a crowd. Her canvases are usually large scale and she often extends the composition across and around the frame. Occasionally, she works on a corrugated wooden panel giving the effect of three dimensionality when the picture is viewed at an angle.
Her work has been widely exhibited in solo and group exhibitions. At the Theo Waddington Gallery, London in 1998, Brian Sinefeld, Oxfordshire in 1997 and 1999 and five times at Galerie Alain Blondel, Paris between 1991 and 1999 amongst others. Her group exhibitions include the Royal Academy of Arts between 1978 and 1995, the National Portrait Gallery, the Department of Transport Exhibition in1993, where she won the purchase prize, the Salon des Independants in Paris in 1995 and Contemporary Paintings from the Permanent Collection of the Imperial War Museum, London in 1996.
She was given a touring retrospective of her work by the Cheltenham Art Gallery and Museums in 1996 and a monograph accompanies this show. She has work in twenty-three permanent collections including J P Morgan Inc, London, City of Paris, Ralli Institut, Genevea and Ceaseria, Longleat House and University of Pennsylvania.
Alain Coudert writing in 'Arts Actualities' Magazine, Paris says of her work:
'The world according to PJ Crook is full of individuals losing their identities in a crowd, where they are packed tightly like sardines in a tin. But this is not sad, it is merely a symptom of an age which tends to walk on its head.'
The art dealer Brian Sinefeld cites Balthus and Magritte as artists who have worked within a similar framework as PJ Crook. These artists 'whose surrealistic works of static, quirky realism belie a powerful mysticism lying below the surface' are akin in their sense of mystery to P J Crook. 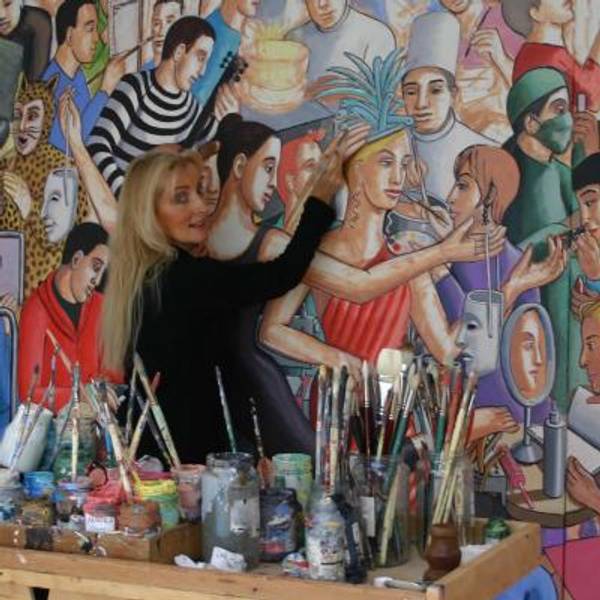 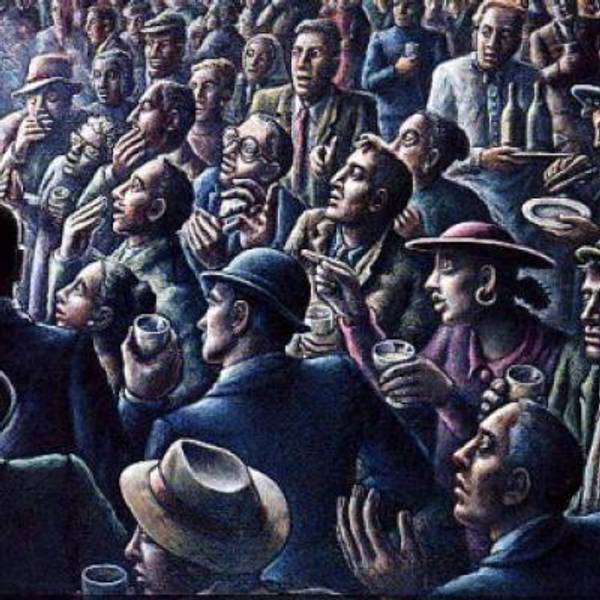 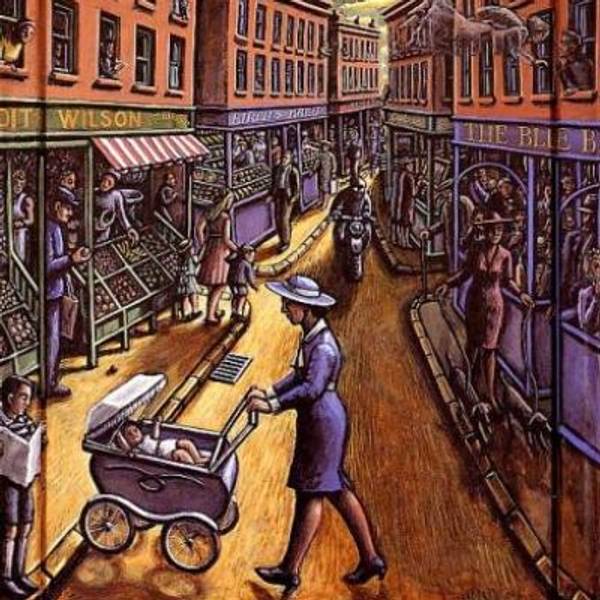 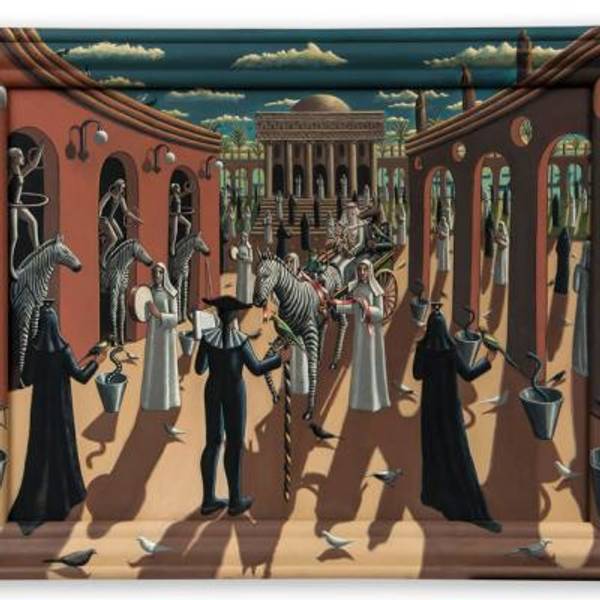