John Taulbut was a full-time Craft Teacher but is now a full-time Sculptor. He works mainly in wood and stone and uses direct carving, although he has also cast in Bronze. He has exhibited extensively in England and Wales and in 1987 was awarded the Jack Goldhill Award for Sculpture at the Royal Academy Summer Exhibition. His piece entitled 'Seasong', which was shown at the first RWA Open Sculpture Exhibition is now established in the Grand Pavilion, Porthcawl, purchased by the Porthcawl Civic Trust.

He was commissioned by the Church of St Stephen, Llansteffan, Wales where he now lives, to make a life size carving in limewood of the Madonna and Child. He has exhibited regularly at the RWA and has also had several solo exhibitions at the Swansea Arts Workshop. Other venues where his work has been seen include the Mall Galleries with the Society of Wildlife Artists in 1988 and the Oriel Gallery, Cardiff the same year. In 1995 he showed at the Bruton Street Gallery and in 1997 with the McHardy Sculpture Company in London.

Commenting on the way he works he says: 'As a direct sculptor my modus operandi is the voyage of discovery, although I might have a well-honed idea of the subject and a piece of stone which suggests that it could house that subject, I find the expectation that I might find something completely original within the material the most compelling reason to be a sculptor. The most successful pieces of work have happened when I have the courage to allow the forces of creation to operate and to give way to the direction that they suggest.' 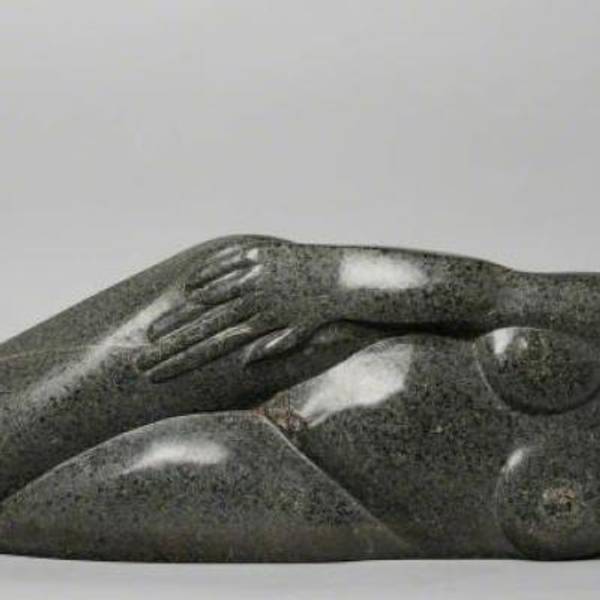