John Butler has been showing his woodcarvings at the RWA since 1986 and was elected a member in 1997. He has had about twenty five one man or two person exhibitions, mostly in the West Country but also London, Glasgow and Munich and Holland. He studied art at Bideford Art School and Wimbledon College of Art.

Some interesting projects that he has been involved in are the Mayfield School figurehead Portsmouth, and memory benches for Sustrans in North Devon. He has also undertaken large scale commissions for hospitals and local authorities. John has been involved in woodcarving Symposiums in Switzerland and Denmark where whole tree trunks have to be transformed into a finished carving in a week.

Being the son of a traditional woodcarver he was familiar with woodcarving tools from an early age, but only took up woodcarving after having earned a living as a stage designer and animated film maker. 'I find it rewarding to try to capture the dignity and absurdity of human life with a chisel.' 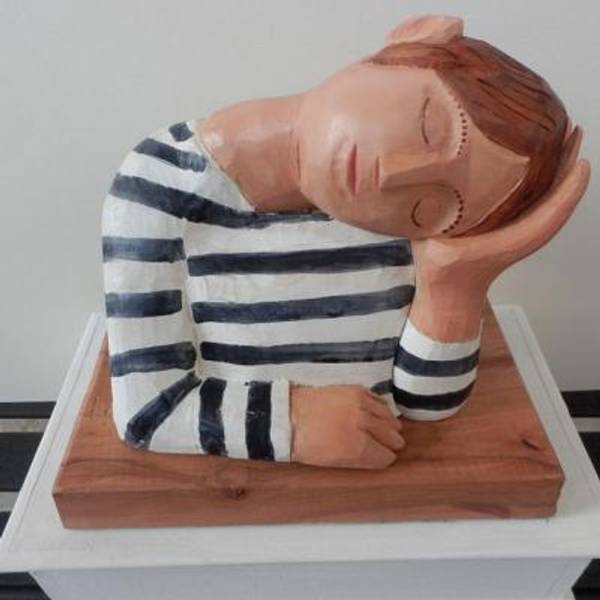 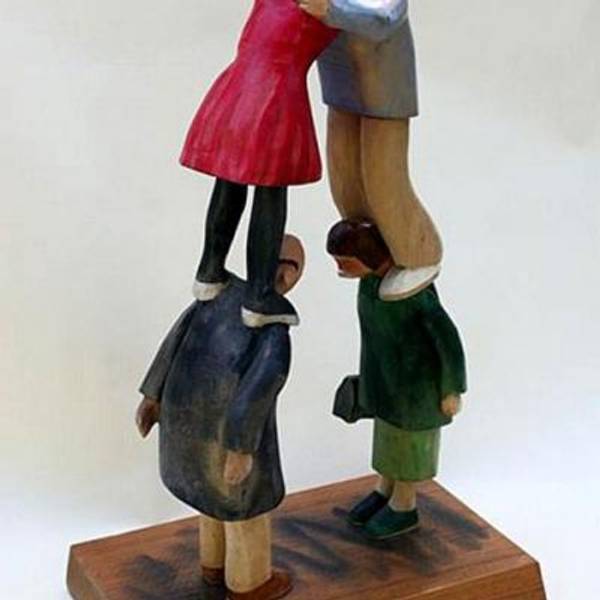 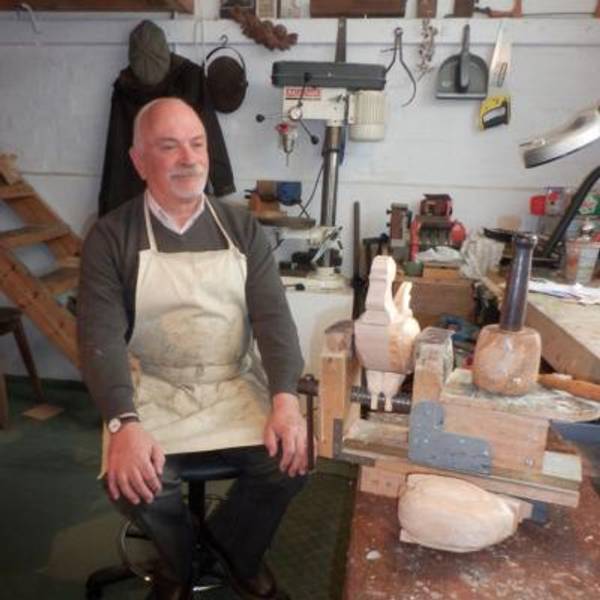 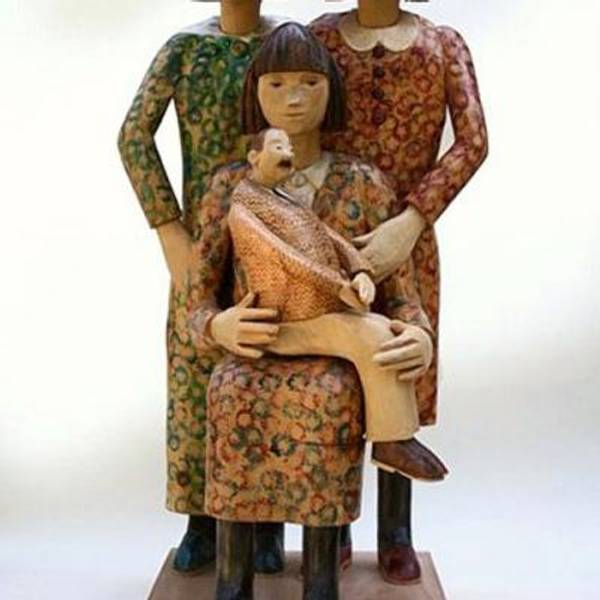