Jane Carpanini studied at the Faculty of Art and Design at Brighton Polytechnic and at the School of Education at the University of Reading where she acquired her Art Teachers Certificate. She became a member of the Royal Watercolour Society eventually serving as that Society's Honorary Treasurer. She also holds membership to the Royal Society of British Artists.

She has had many solo exhibitions in private galleries such as the Patricia Wells Gallery, Thornbury in1976, the National Museum of Wales in1984 and the Albany Gallery, Cardiff in 1991. She has shown regularly at the Royal Academy Summer Exhibitions and the Royal Society of British Artists. Other group shows include Mostyn Gallery, Llandudno in 1980 and Mason Watts Fine Art, Warwick in 1990 and 1993. Jane Carpanini won the Hunting Group Prize for watercolour of the year by a British Artist in 1983.
The Grandeur of Snowdonia and the everyday life there have inspired much of her work. Her landscapes are almost entirely unpopulated and executed in watercolour.
In the October 2000 questionnaire Jane Carpanini wrote of her work:, 'I much admire skill and draughtsmanship. In art as in many things there is something uplifting and inspiring about the brilliant facility that gives wing to self-expression so any list of influences would include composers, musicians and writers as well as artists'. 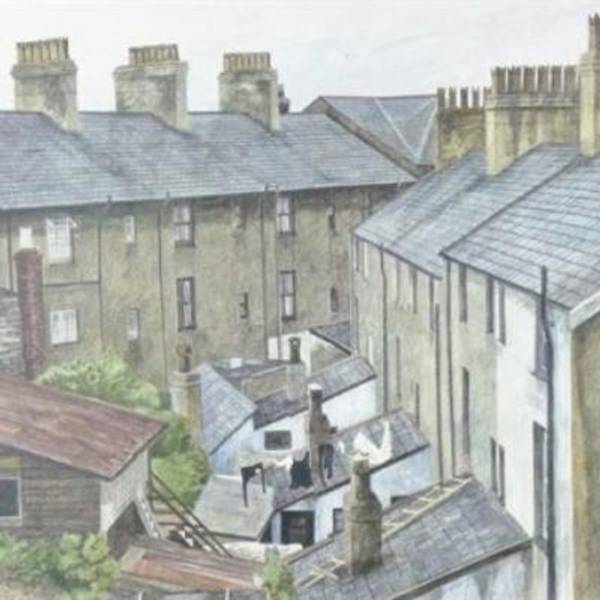