Holly Brodie developed her painting style independently, having chosen not to pursue any formal art training. She studied English at Oxford University between 1998 and 2001, where she was encouraged to explore connections between literature and art, which continue to influence her practice.

Working mainly from imagination and with little preparatory material, Holly starts with an idea and embellishes the central plot of a painting as it progresses. Overcoming the inevitable challenges this involves in terms of composition is a valuable part of the development process. Rather than taking a traditional, layering approach to oil painting, Holly prefers to completely finish defined areas of the canvas once started.

Holly’s work has been exhibited at the Mall Galleries, the Royal Academy, Somerset House and the Royal West of England Academy. She won The Winsor & Newton Painting Award at the Royal Society of British Artists Annual Exhibition 2014 and was invited to demonstrate at Art in Action (Waterperry, Oxfordshire) in 2015.

Primarily a landscape painter, my interest lies in the interaction of people and place. Brought up in rural Somerset, I now live and work in West London. My work draws on the diverse environments of my own everyday experiences and on wider observations facilitated through conventional and social media.

I often depict people and animals struggling to overcome challenges presented by the natural or man-made world. I am particularly interested in the way those on the margins of civilisation adapt to survive in surroundings over which they have little control. The shared or relative experiences of humans and other species, particularly in urban settings, form an important aspect of this theme. 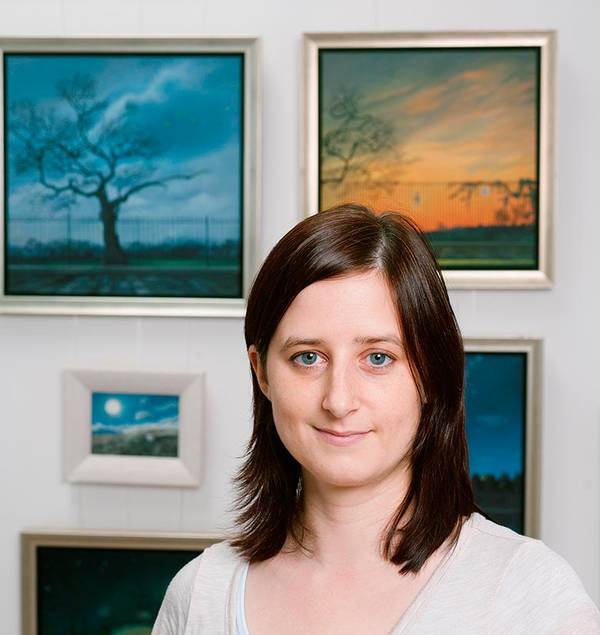 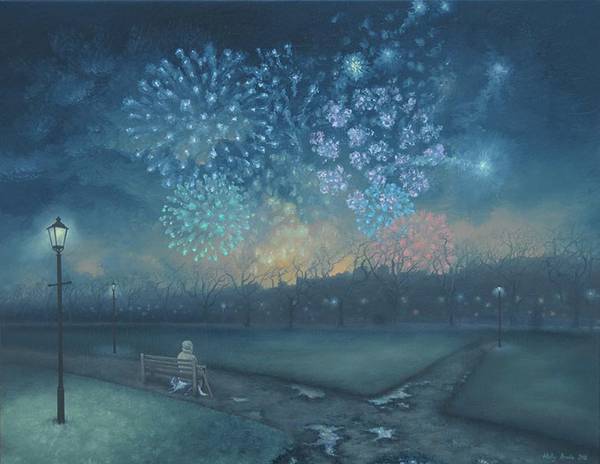 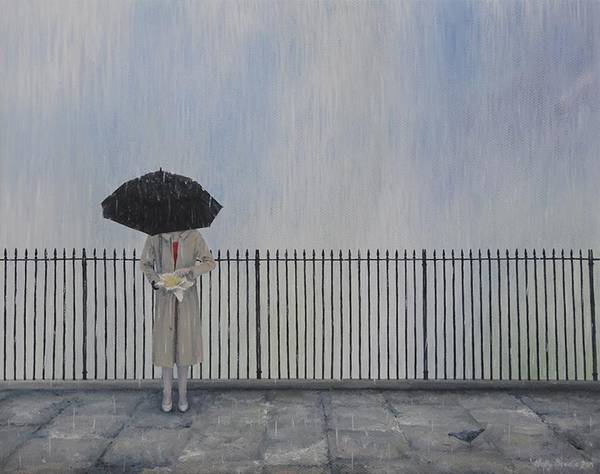 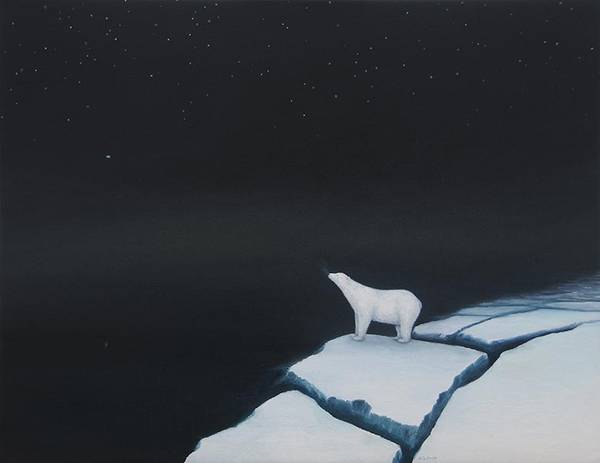 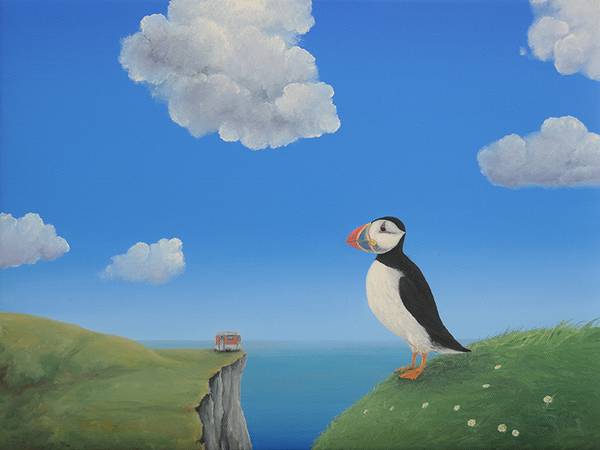 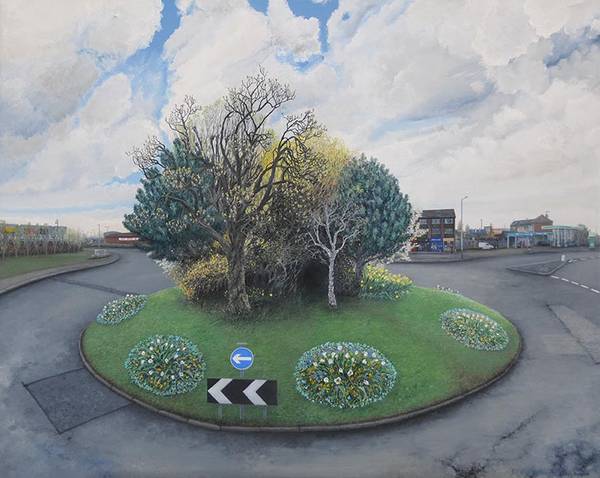 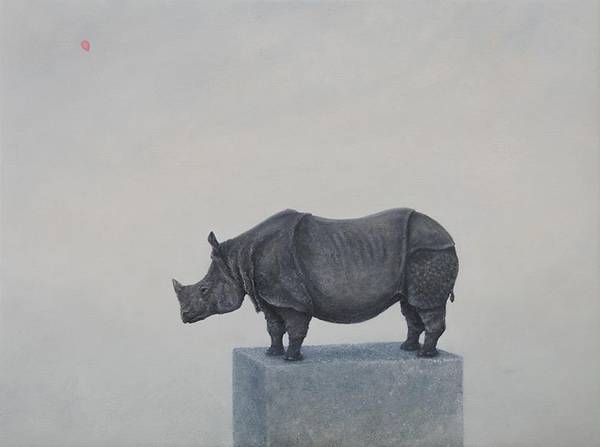 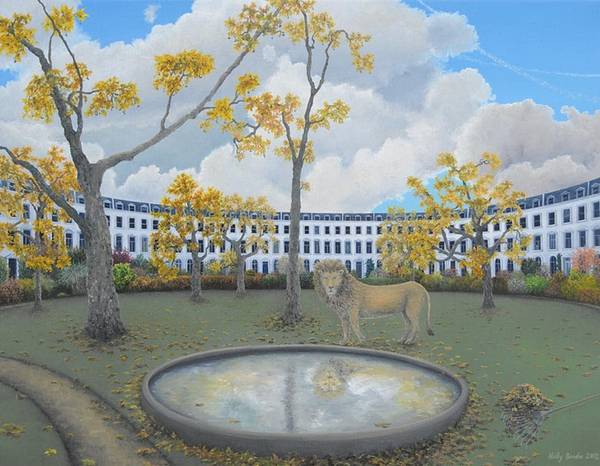 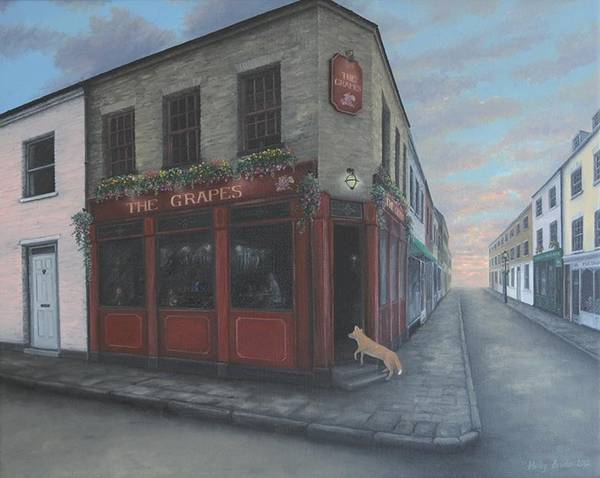 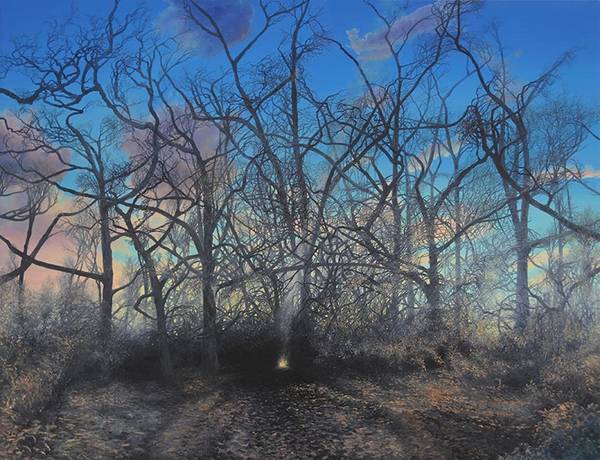