Elizabeth Blackadder studied at Edinburgh University and went on to Edinburgh College of Art where she received her MA Hons Fine Art in 1954. She holds three honorary memberships and two honorary fellowships to Royal Societies. She has also been awarded honorary doctorates to four universities. She has had solo exhibitions since 1959 predominately in Scotland, although her exhibition record has extended to Italy, Canada, Japan, Germany, Brazil, Australia, Russia and the U.K. Some notable venues where she has shown include Mercury Gallery, London, Aitken Dott, The Scottish Gallery, Edinburgh and the Bohun Gallery, Henley-on-Thames.
Elizabeth Blackadder's work is principally concerned with passive, graphic interpretations of still life. A Japanese flavour is an integral trademark of her art. Watercolour and a variety of paper qualities including decorative Japanese papers are common in her oeuvre although she also works in oils. The writer Duncan Macmillan notes in a catalogue of her work in 1994:

'Japanese art.... does not just reflect some casual work of style but a wholly different approach to the unity of creation, deriving ultimately from the philosophy of Zen.... What Blackadder has learnt from Japan is a way to extend things both natural and man made that surround us. As she does so she remains deeply loyal to the special poetry of the tradition in which she belongs.'
In 1995 Elizabeth Blackadder featured her three cats and those of her friends in designs which were used for Royal Mail postage stamps. She was awarded the OBE in 1982. Numerous international institutions and galleries have collected her work. Tate Britain and the Scottish National Gallery of Modern Art are two prime examples. 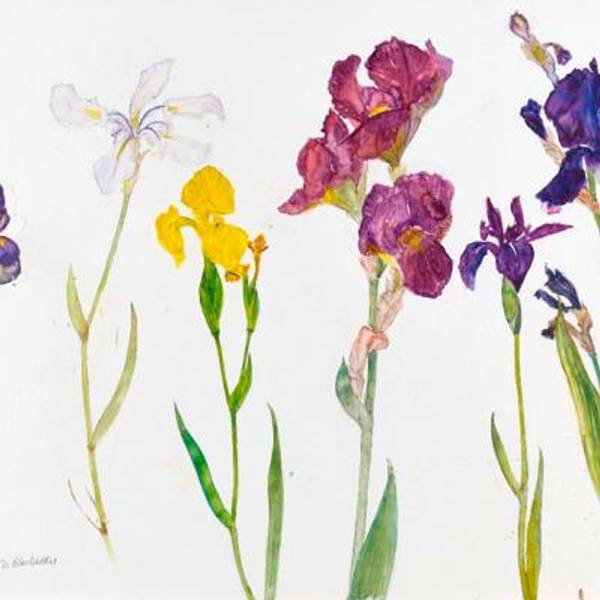