Debbie Locke’s practice is predominantly drawing-based as, for her, it is the most immediate and expressive way to record her on-going investigations into the process of ‘mapping’. She’s particularly interested in exploring what transpires when something as clinical and exact as measurement, is exposed to chance and random interference. In order to investigate this, her work often involves the use of automatic ‘drawing machines’ within large scale, kinetic drawing installations, which run continuously over several weeks, creating documents as evidence of the process. These resultant drawings can be considered as collaborative pieces, as they require audience involvement and so become the most democratic of artworks. They are created by tracing people’s journeys through the landscape, by asking them to carry a GPS handset whilst walking. The collected data is then reinterpreted by the kinetic, drawing machine, which attempts to follow the direction of the routes taken. These drawings represent the cumulative endeavours of the walkers – their steps are overlaid and retraced by the machine, forming a network of complex, densely interwoven black lines. As they are based on clinical data alone, they should create an accurate map of the walks undertaken - however, by adopting, in part, a ‘Heath Robinson’ approach in the mechanism’s assembly, the ensuing discrepancies allow Debbie to challenge the notion of the infallibility of machines and hopefully enable the resulting work to escape the confines of its initial deterministic methodology and achieve the unexpected.

Debbie Locke was born in London and now lives and works in Gloucestershire. She attained her BA (Hons) - Fine Art: Painting degree at UAL Wimbledon and has exhibited widely across the UK. 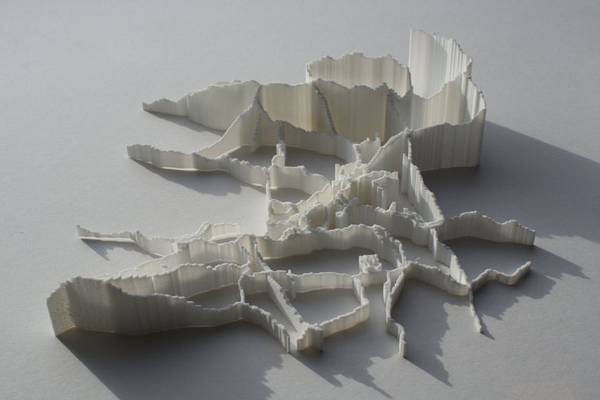 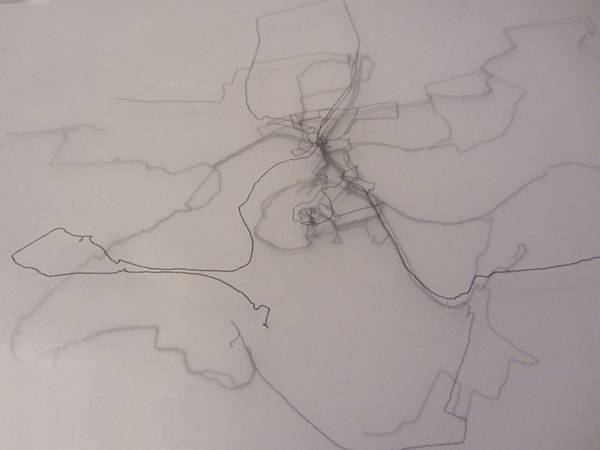