David Inshaw studied painting at Beckenham School of Art (1959-63) and the Royal Academy Schools (1963-66, under Perter Greenham). He went to study in Paris for six months under a French Government scholarship in 1964 and organised the Young Contemporaries Exhibition in London in 1966. He taught painting and print making at the West of England College of Art in Bristol (1966-1975) and moved to Bristol in 1967. he later visited the United States of America and Canada in1969 and shortly after his return to the UK moved to Devizes in Wiltshire in 1971, where he formed the Broadheath Brotherhood with Graham and Ann Arnold in 1972. He again visited Canada in 1972, meeting Peter Blake in 1973.

David Inshaw moved to Cambridge following his appointment as Fellow Commoner in Creative Art at Trinity College, Cambridge (1975-77), returned once again to Devizes in 1977 before going back to Cambridge for a further year. He collaborated with director Geoffrey Haydon on 'Between Dreaming and Waking' as part of the BBC 'Arena' arts series in 1981-2. He left the Brotherhood of Ruralists in 1983 and started etching with Jack Shirreff at the 107 Workshop, moving near Hay on Wye in 1989. He again returned to Devizes in 1995, working between there and London between 1998-01.

His works are mainly oil paintings (often of significant size), etchings, drawings and photography. He has work in many private and public collections including the Arts Council of Great Britain, the British Council, City of Bristol Art Gallery & Museum, the Department of the Environment, Devizes Museum, Sunderland Museum and Art Gallery and is well represented in the Tate Gallery's collection. David Inshaw has and continues to exhibit widely and frequently, whether as part or a group or touring show or in one of his many solo exhibitions, the first of which was in Bristol at the Arnolfini in 1969, the most recent at the time of writing has seen him return to Bristol once more for his exhibition 'Friends and influences' here at the RWA in early 2003, from which the above paintings were taken. 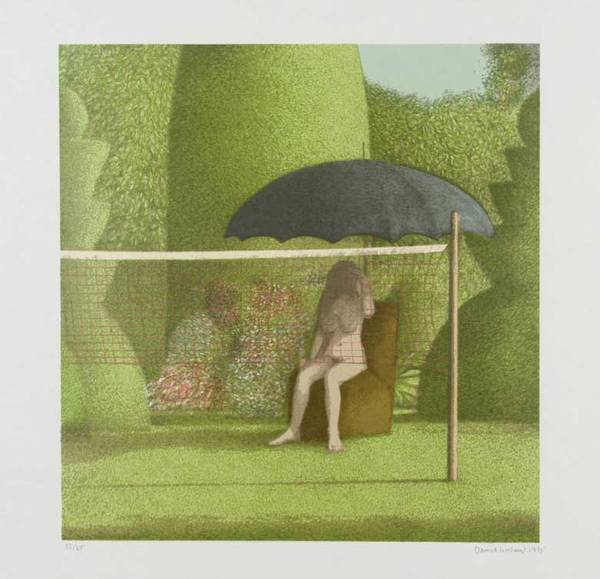