Trevor was born in South Yorkshire and trained at Bath Academy of Art.

As a teacher (Head of Art, then Head of Art & Design in Bristol schools) he taught many aspects of the subject and in the last ten years of his career developed an abiding enthusiasm for relief printing. From 2000 he became a professional artist to explore this passion further.

His favourite themes include cityscapes of UK and foreign cities, rooftop views and panoramas especially; theatres and opera houses including imagined on-stage scenes; natural forms including monumental studies of flowers, fruits and vegetables; a growing series of intimate cat studies; and purely abstract work. In addition to his black and white techniques with lino-cuts and wood engraving, Trevor works in pen and ink, watercolour, pastel and acrylic.

One print, the first of a set of large-scale panoramic engravings of Bristol, won a major prize for outstanding merit in the National Print Show (RWA, 1997): another won a prize in 2006. He has become an elected member of the Society of Wood Engravers. He was Artist in Residence at the Records Office in Bristol in 2005 when he produced his largest engraving, a rooftop view over 8 feet in length. He has now produced well over 100 different views of Bristol and environs.

Trevor has had many shared and one-man shows in Bristol and exhibits regularly in the Society of Wood Engravers annual touring exhibitions, at the Royal West of England Academy, the Museum of Garden History and at the Bankside Gallery, London and at the White Lion Street Gallery, Tenby. He has shown his work at other venues around the UK and also in America.

His work is held in permanent public collections at the Bristol City Museum and Art Gallery and the Theatre Collection at Bristol University, and has been published in various books of engravings. 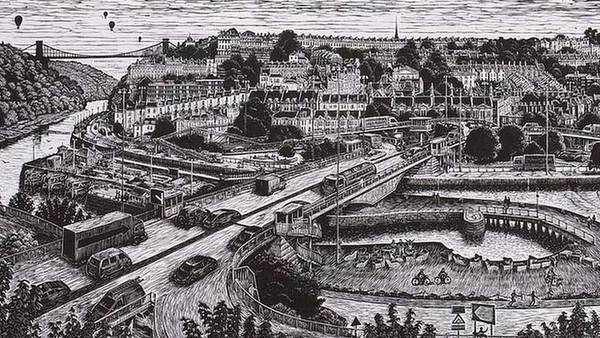 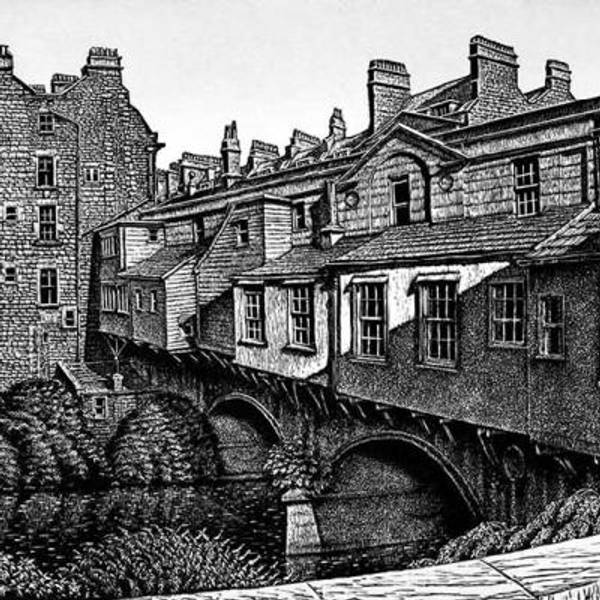