Terry Setch has long been acknowledged as an exemplary figure in post-war British artistic practise by any painter's sternest critics, his fellow artists. That reputation has been sustained through a professional career of more than forty years by his dual commitment to creativity and to teaching.

Writing in a free and discursive spirit, Setch is compared to contemporaries, such as John Hoyland, Michael Sandle and Gillian Ayres, and against the background of a changing art world. Setch is one of a generation of leading British artists whose work was fundamentally affected by American abstract expressionism in the late 1950s. Since his earliest encounter with the paintings and heroic image of Jackson Pollock, Setch has ceaselessly explored new avenues of practice to deepen his sense of 'being in the painting' in an almost physical way. As with Pollock himself, Setch has long perceived painting as an arena in which an artist performs to transform the materials he works with.

His work has frequently also encompassed a commentary on the world about him. They are intelligent objects and constantly in dialogue with the present and the art of the past. In a detailed and extensively documented chronological survey, Martin Holman explores the guiding themes that lie behind fifty years of Setch's work, and the often unconventional techniques that Setch has employed to express them. Always alert to the possibilities of new media, Setch has recently extended his source of imagery to the Internet.

Most of the paintings Setch has made over the last thirty years have been about the beach close to where he lives. The beach is continuously used as the repository for the ditched vehicles of joy riders, the dumped rubbish of builders, the waste plastic packaging of picnickers and sun worshippers as well as the detritus of shipping. The sea and the weather eventually causes these 20th century deposits to change in colour and shape, moulding them into the landscape to become a part of it.

'My large paintings mimic the actual surfaces and the changes that take place with tide, time and the weather and are directly involved with the detritus on the beach and how the elements alter, reshape and unify familiar objects.' says Setch.

The small works are more conventionally landscape and encapsulate the human events and incidents on the beach though all of his paintings are about the use of the foreshore and the many ways in which it is peopled. The different kind of gatherings for specific purposes such as fishing and sailing, the private groupings and the beach activities are significant in describing the environment of the beach. 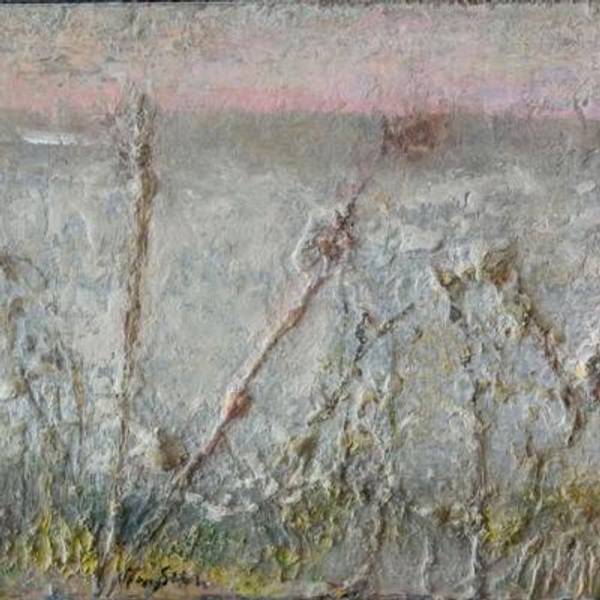 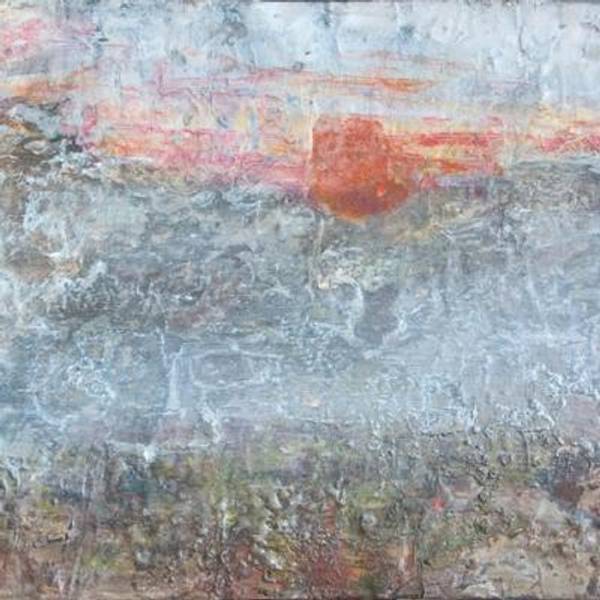