Elizabeth Hunter was born in Bristol and studied at the West of England College of Art under Paul Feiler, Robert Hurdle and George Sweet. After distinguished post-graduate studies at the Slade, the early 1960s were spent in Cornwall. Elected to membership of Newlyn and Penwith Societies, she showed widely in the area.

Elizabeth's first solo show was given by Jeremy Rees at the Arnolfini Gallery, Bristol in 1963 when 28 of her Cornish works were exhibited. From 1984 - 2001 she was Lecturer in life drawing and painting at Queens Rd. School of Art and Design. Elizabeth lived in Penzance and her work was shown by the Belgrave, St.Ives. Elizabeth had a solo exhibition at Badcocks, Newlyn in 2010.

'At the present time my work explores relationships between men and women, figures in the landscape, the vulnerability of the naked figure, a lonely figure on the shore, the first eye contact between lovers, underlying all is a deep spirituality.' 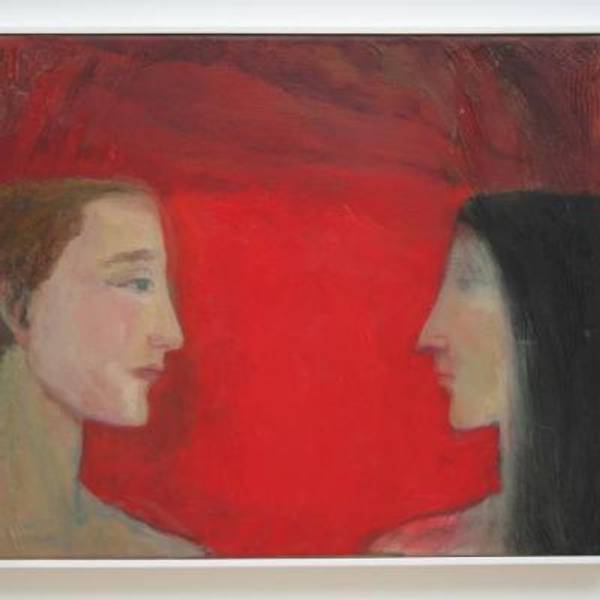